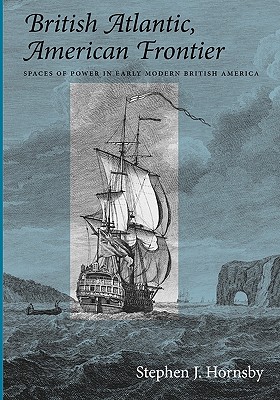 Reflecting the growing scholarly interest in transnational and comparative approaches to studying the past, British Atlantic, American Frontier offers a geographical perspective on the development of British America in the seventeenth and eighteenth centuries. It covers in detail not only the American eastern seaboard, but also eastern Canada and the West Indies, as well as the trans-Atlantic links to Western Europe and West Africa. At one level, the book synthesizes much of the current historical and geographical scholarship on these regions; at another level, it offers a provocative interpretation of British America, arguing that profound and long-standing differences existed between the American eastern seaboard and the Atlantic regions of eastern Canada and the West Indies. These differences ultimately led to the break-up of British America, the creation of the United States, and the reconfiguration of the British Empire.
British Atlantic, American Frontier is illustrated with more than one hundred photographs, maps, and historical illustrations.

Description: Ships from UK in 48 hours or less (usually same day). Your purchase helps support the African Children's Educational Trust (A-CET). Ex-library, so some stamps and wear, but in good overall condition. 100% money back guarantee. We are a world class secondhand bookstore based in Hertfordshire, United Kingdom and specialize in high quality textbooks across an enormous variety of subjects. We aim to provide a vast range of textbooks, rare and collectible books at a great price. Through our work with A-CET we have helped give hundreds of young people in Africa the vital chance to get an education. We provide a 100% money back guarantee and are dedicated to providing our customers with the highest standards of service in the bookselling industry.